During one of the local user groups presentations, I had to send several notes to the presenter and to some of the organizers.  At the time I wrote on a notepad (the old fashion type). Considering my terrible handwriting it was not a great success, so I decided to write a Windows Phone app for that. The idea was to write an app that would show a message in the largest possible font and since the message would probably be larger than the phone, I chose to make the message scroll. Through testing, it was found that even though it was a smaller font, it was easier to read the message in landscape than in portrait. The phone supports two landscape orientations so I used the inverted landscape to show a second message. Flip the phone and you can quickly display a second message. I found that I needed the first message to get the person’s attention, the right person.

The app has four screens, the main one is where the messages are managed, the display to show the message, a colour control window and the mandatory help page. 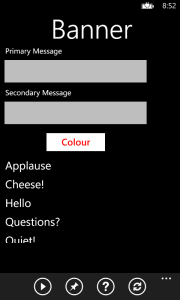 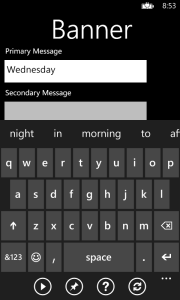 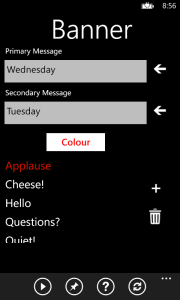 The main page allows you to enter two messages and provides hints as you type. Below that is a button that display what colours will be used for the text and the background. Pressing it will take you to a page so you can select the colours. Below that is a list of messages you can select from or add to. When you enter a message into the primary message area, a plus sign appears next to the list indicating that the phrase is unique and can be added to the list. When you select a message from the list an arrow appears next to the primary and secondary message so you can quickly add the message from the list to the primary or secondary message. A trash can will also appear next to the list indicating that the message can be deleted.

The appbar contains four buttons. The first plays the message, the second will pin to the start screen, the third is the usual help page and the final one will swap the primary and secondary messages. 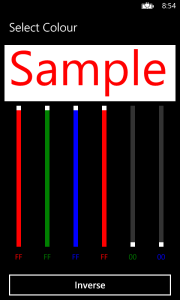 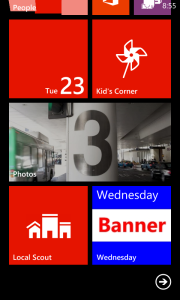 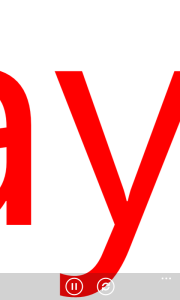 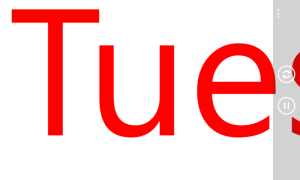 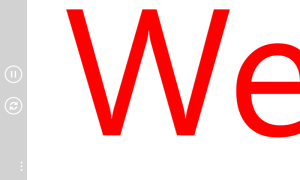 The display will show the text in the largest possible font for the orientation, leaving room for descenders. The display has two app bar buttons. One will pause the scrolling, so the screen speed can be adjusted by a slider. The other button will swap the colours. Changing the orientation of the phone to inverted landscape will display the secondary message.

In the past, I have used the app to communicate the length of a train car, send messages to people on the platform and next month I will be using it as a greeting board when we try to meet our contact at the airport in Amsterdam. I would be interested in hearing other applications. Though I did get kicked under the table when I used it to ask the waiter for the bill.

If you like or do not like it, I would appreciate some constructive reviews. Though I have moved on to my next app, I still would like to hear how I can improve this app. I did think of selecting the colours by name, but with a multilingual app, a number of names do not translate properly.